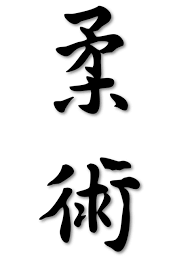 We have addressed so far how cities are producing a new politics and are nurturing home-grown talent to tackle some of the threats that globalization poses. It’s about time to examine closer how this relates to changes in the global labour market.

Even social scientists do not agree on their interpretation of the effects that globalization causes over income distribution and polarization in cities. Saskia Sassen alerts against acute polarization as a consequence of globalization, while Chris Hamnett carefully refutes some of Sassen’s points about marginality, arguing that, instead, what is happening in western cities is a gradual shift upwards in terms of social position and opportunities. This thesis would essentially agree with the view expressed by Edward Glaeser in his work “The triumph of the city”, defining cities as our best creation and something that “makes us richer and smarter”. Undeniably, something works definitely well in cities that keeps attracting more and more people century after century (with the exception of the middle age ruralization period), something that has to do with what Glaeser and Hamnett have detected: the opportunities to live better.

The question of whether these opportunities effectively materialize is analyzed by Jesús Leal for the case of Madrid. He states that “the years of (…) economic growth permitted upward social mobility processes for a large part of the most disadvantaged households”. The young individuals from those households, when the recent crisis began, were in far better position to seek for opportunities than their ancestors, thanks to the inclusion of new generations into the Spanish education system and, especially, to the broad access to University. It is true that many skilled Spanish youngsters have had to look for technical jobs in central and northern Europe in the last few years, as true as the previous generations of Spanish workers that migrated to other European countries only to fulfill, in short, janitor and grape-picker positions. It is therefore evident that the new generation of workers are better prepared to face the present than the previous ones. But, how about the generations that fill our schools today? How will the labor market look like within ten or fifteen years from now? And what are the necessary structural changes that we can push forward now in education, for instance, so that these generations have the option to grasp some of the promising opportunities that those changes will unfold?

There is a continuous trend in labor income to represent a lower share of the overall income of families, a slope that is deepened during the periods of economic crisis. This trend is roughly similar in all the developed world, and is a symptom of substantial changes in the labor market deeply rooted in our social and economic system. The unstoppable technification of all sorts of disciplines and the easiness moving capital, goods and people are behind the causes of this continuous decline, that only during the relatively short periods of economic wellbeing is timidly masked.

In our western societies, the era we are leaving behind has been characterized by predictable professional careers, a certain security in terms of employment (the case of structural unemployment in southern European countries, especially Spain, would need a separate analysis) and a fair ability to comprehend how industries, processes and objects work. Unfortunately or not, this is not going to be the case anymore. As Daniel Innerarity brilliantly puts it, welcome to the ignorance society, where we can only dream to grasp an insignificant portion of the available knowledge. Tyler Cowen describes the new labor market highly polarized in two ends: those whose work compete against a computer or machine, here or in China, or those who actually complement computers, machines or robots, making them work better, programming them, repairing them, or even inventing them. Besides the obvious simplification, the theory meets rather well our daily observations, and its local implications are far more important and immediate than one might expect.

Cities must encourage a radical cultural shift in people minds, especially in the young generations, since global factories are not expected to knock on our western doors anymore. Young generations are digitally native, but being digital users will not suffice anymore. The ICT introduction in schools it is indeed necessary but still a rather shortsighted approach. Our kids need to be conscious that they can become creators and not only users, since an economy of users will not be able to resist future blows and, even in the periods of wellbeing, will be highly unbalanced and dependant. In other words, our kids should be taught to invent PCs, mobile phones, or robots, rather than merely taught to use them. And, in parallel, the sentiment of entrepreneurship must be fed. Entrepreneurship not in the sense of a capitalist access to money or power, but as an attitude to problem solving, as a resiliency tool, and as a real “global survival kit”.

The new industrial system articulates through what Manuel Castells calls in his book “The rise of the network society” a mix of local and global dynamics. The global component (technification and limitless, quasi-instant movements of goods and capital) are at work and its negative effects (precarious jobs, uncertainty) combined with their positive counterparts, such as the availability of cheaper, instant and abundant goods and services, can be detected locally. Today, with less spending capacity than our parents, or with intermittent access to jobs, we have paradoxically better access to education, goods, healthcare and culture.

If the global division of work into machine-replacable and machine-complementary posts holds true for the future, then ¿does that mean that under-employment is the fate of the work force of the future in western societies? It is difficult to know, but the case of Saint Quentin-en-Yvelines (part of the Paris metropolitan region) might be enlightening. As Pierre André, former president of Saint Quentin-en-Yvelines, a community part of Île-de-France, states it “we have witnessed that our workers in the automotive industry are being replaced by robots spread over factories all over the world. All right then, we will make sure that we program, manage and invent those robots from here”.

Struggling cities must therefore learn to practice a kind of urban jiu-jitsu (or urban resiliency), being able to read the present and quickly prepare for the future, shaping their economies with a mix of brave bets on specialization and cautious diversification strategies as the only viable opportunity to success.

Next post: How to face globalization (V). Urban manufacturing: “Made in the city”

2 thoughts on “How to face globalization (IV). Changes at work. The urban jiu-jitsu”