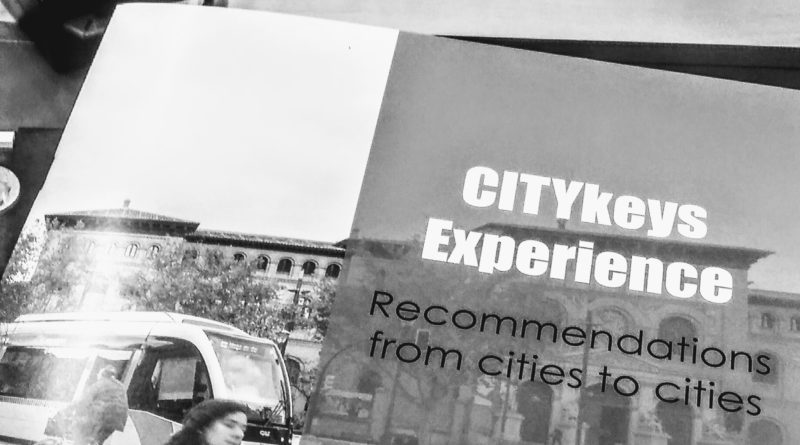 During the last 2 years, we have been lucky enough to be part of an outstanding team: the Citykeys team. Lots of learning and thinking around tricky issues: what a smart city is (no one really knows), what smart city rankings should mean, how can we measure urban innovation or our progress towards a smarter urban future.

I write these lines in rainy Brussels, on the day after meeting with the European Comission’s reviewers, the discussions still fresh, a glimpse of nostalgia (the sense of an ending), a sort of rewarding feeling: that maybe our contribution may have had some impact in future European innovation policies.

This article is meant to be a quick guidelines into some of the project results, but it also contains personal reflections, in the form of a logbook, on the ample subjects covered by the project.

A first desclaimer: we do not believe in data-driven government. Decisions in cities are a result of complex processes involving politics, the press, social pressures, etc. Many of them include a high level of arbitriarity.  But a little bit of rationality wouldn’t harm no one, right?

Well… let’s start. To measure a smart city you should define first what a smart city is, an that was precisely what dominated the debate at the start of the project. In our opinion, cities are smart by definition, not only because they contain millions of very intelligent beings (us), but also because they have been there since the dawn of civilization, becoming probably one of mankind’s most brilliant inventions. We asked citizens, urban stakeholders, and cities, and came up with a very reasonable conclusion: the “European path” to a smarter urban development is paved with sustainabily, innovation, efficiency and citizen participation.

These pillars, or building blocks, ignited a thorough work to define the minimum set of Key Performance Indicators. The discussions got very technical at this point. My view is that a list of hundreds of indicators is a bit long to have the word “key” on them but, anyway, the final framework doesn’t force you to use all of the indicators. You can pick your own set, the one that best fits your city. Each city is unique, so we shouldn’t attemp to measure them in the same way. At this point we were heavily bombarded with deep technical knowledge from the research partners. The good news is that we’ve shared this knowledge. Next to every indicator there is the calculation method explained.

Surprisingly, and although nobody really knows what a smart city is, there exist a number of smart city rankings and indexes. And although each city is unique, we keep trying to compare them. There are a number of questions that easily come to our minds here. Is the effort needed for a new kilometer of bike line in Timisoara comparable to that of a new kilometer in Stockholm? Can we compare cities and establish rewards despite the respective historical, political, social, climatic and economic contexts? Citykeys has not tackled all these contradictions, the task would have been more philosophical than practical, but has nevertheless issued a recommendations for smart city indexes. Smart city indexes are there, we can’t help comparing ourselves. Well, let’s at least be transparent, let’s influence global certification schemes (I am referring to ISO37120) with aspects like democracy, openness, and sustainable development, as a way to export European values to the world.

Cities had our say in Citykeys from the early beginning, with 5 cities (Zagreb, Vienna, Rotterdam, Tampere and Zaragoza) as core members, and many more cities contributed at one stage or the other (thanks to the active role of Eurocities engaging everyone!). And I think that cities mostly managed to conveyed our message, which can be read in the City User Handbook. Don’t think Citykeys is an off-the-shelf product for smart city performance measurement. That was never the goal. Instead we were able to use indicators as a way to trigger co-creation processes, like our open challenge “Bicisur” that used the performance framework to identify gaps and opportunities in Zaragoza’s path to a smarter mobility. Opportunities to be seized by our local entrepreneurs helping the city design a new public service to improve intermodality between bikes and lightrail in the southern districts of the city.

The Zaragoza use case shows a change in how smart city projects are being designed. In 2007 the answer to the impracticalities (or “bugs”) of cities around mobility, sustainability, economy and quality of life was the “smart city” concept. A top-down planned smart city. Ten years after, everyone is talking about co-creation, bottom-up initiatives, collaborative approaches. And the European Union has begun to fund them.

Now, the questions is… what do we build from here?