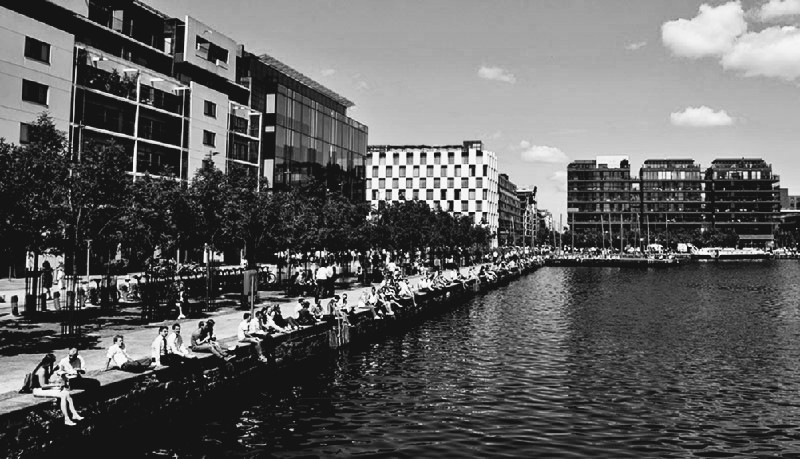 Last month I was invited to participate in the Harvard Smart City Accelerator, which, organized by Harvard Tech and hosted by the great Smart Dublin team, took place at Dublin’s Smart Docklands, the thriving smart district of Ireland’s capital.

During three days we launched urban challenges, discussed on subjects such as economic growth, privacy or openness, learned from multiple stakeholders’ views, from industry to academia, walked the district under Irelands’ chilly winter and toasted with Irish beer for the success of our respectives innovation districts and strategies back home.

I was honoured to be part of a bunch of city innovators that contributed to the “Dublin’s Declaration on Smart Districts“, a set of working principles that could inspire other smart districts around the world. According to these principles, an innovation district:

The reader may contrast these working principles with the decalogue for planning innovation districts that we put together back in 2012 on the occasion of a similar gathering hosted by the city of Zaragoza and co-organized by New Century Cities (M.I.T.’s international network of innovation districts).

With the sole exception of a clearer reference to environmental and energy sustainability, Dublin’s Declaration on Smart Districts represent a practical set of guidelines that any planner dealing with the design, delivery or management of innovation districts should look at.