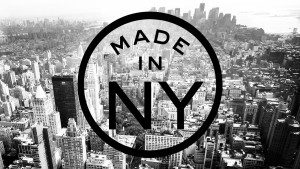 Previous post: How to face globalization (IV). Changes at work. The urban jiu-jitsu

Big corporations are much less innovative than they seem to a non-trained eye. Innovation often happens despite big corporations and sparks in new businesses fueled by ex-employees of companies that, combining top skills with a deep business knowledge, decide to part and implement their ideas on their own account. It is important that the city fosters these processes so these spin-offs can survive and succeed.

In her acclaimed book “The economy of cities”, Jane Jacobs cleverly explains the former process. Her understanding of the economic flows of a city implies that, only by means of innovation, cities can engine sustainable growth, since only innovation is able to create products and services to be exported and, consequently, finance decent life conditions for citizens, in the first place, and the capacity to develop new innovations, in second.

Where did industries go?

Talent, venture capital, knowledge and institutional support policies are essential in this process. However, new businesses, when their size increases, tend to abandon the city in what appears to be a mutual interest: they can get cheaper land to expand and better access to transport infrastructures, while cities avoid the disturbances of pollution, goods delivery and noise, and liberate urban land for higher revenue uses. Following the path of factories, people have settled in the outskirts of cities, contributing to urban sprawl and emptying city downtowns from middle and working class households, key to their social and economic wellbeing.

Digital economy and the idea of urban innovation districts were promoted almost two decades ago by thinkers like Manuel Castells and Richard Florida as a viable replacement for manufacturing. After decades of industrial exodus, thanks to the digital economy and the urban “creative classes”, cities could turn again into production centers.

The last years show, however, that countries with a strong industry have resisted much better the strong blows of the crisis. We should consider what bringing manufacturing back to the cities means in 2015, and how it is related to the global and local dynamics that make for a strong industrial system.

“Made In The City”

Nowadays, industries still need large floor space to manufacture, storage and deliver great volumes of goods. However, ICT plays an increasingly significant role in industrial processes, and some of these technologies did not practically exist a decade ago, a decade in which ICT businesses have been on the spotlight as our society submerged in the era of Internet.

More than the industry of Internet, we can speak today of the “industry in the Internet era”. Electronics, communications and computer sciences are as important as mechanics in today’s industry. A good portion of the industry staff has no longer the need to be physically close to factories. Many manufacturing processes go beyond the actual factory activity, and in many cases, the size of the manufactured goods or its nature might allow them to be manufactured again inside cities. The return to cities (from the surroundings of techno-parks) of this skilled manufacturing workforce will have benefits in mobility and diversity, impacting positively on the quality of live and social cohesion of city downtowns.

New York is the city that, anchored in a supra-national strategy, is leading the global wave of urban manufacturing and turning it into tangible local benefits. It is extending the arena of local production to services and goods in areas such as food, energy, entertainment, arts, crafts and technology, involving in this process universities, startups incubators, big corporations, banks and public and private innovation hubs, such as the Pratt Center. In Spain, we have to mention the project of Barcelona to build a Fab Lab (Laboratory of Digital Fabrication) in every district.

Fablabs and startup incubators are two levers that city councils, as the unexpected institutional articulators of the urban innovations ecosystems, can use to foster the local response to globalization. Both infrastructures can act as citizen empowering mechanisms, fullfilling some of the roles that both Jane Jacobs and Manuel Castells in their studies about urban innovation dynamics have outlined, and therefore creating local knowledge and favoring local economy. Since high skilled workers support much better the blows of economic downturn, the “maker” or “DIY” movement is extremely important as a way to increase the opportunities of individuals, craftsmen and small companies. Not surprisingly, many urban innovation hubs carry out programs related to the “maker” movement, under the belief that a resilient city should seek to increase the technical skills of their communities.

Next post. How to face globalization (final). Open Source Cities.

One thought on “How to face globalization (V). Urban manufacturing: “Made in the city””