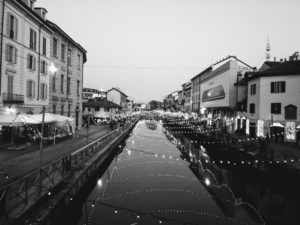 Electrons only obbey the law of Physics. And in Physics, using electrons to produce work is called ‘power’. Power is what drives electrons and power is what electrons produce, for the lucky ones that can master them. In Spain, a ‘small’ lobby of utility companies have the power to shape a big part of our future. But many knowledgeable individuals are resisting, mostly through bottom-up, self-organizing initiatives. They don’t have the power to master all the electrons in our networks, but they can shepherd them into more social pastures.

On October 23, 2016 the price of electricity in Spain broke a new record hitting 182 EUR per MWh (Megawatt per hour). While utilities and the Spanish government blame the severe drought as the main responsible, consumers and independent experts argue that the Spanish energy market is far from perfect. The fact is that the price of electricity rises when the resource is most needed, rocketing around July-August and December, when air-conditioning and heat demands are at their highest, in which seems a sort of “uberized” behaviour. Since the energy market is a heavily regulated environment, and given that Spain has a well-known track of questionable energy policy, many argue that we are not facing a market flaw, but a government failure.

In the almost-a-decade elapsed since I joined the public service with the task of fueling an urban innovation ecosystem, I’ve witnessed a slight but remarkable shift in the way local geeks address new projects and ideas. Of course, they still wink with the classic ‘let’s have fun while we hack this’ but, more and more frequently, they show a genuine social concern. Or it is me whose look has changed. Where ten years ago I used to see hackers, today I see social dreamers.

In any case, social dreaming, combined with skills and a hackers’ ethics, makes for a helluva world-changing toolkit. Why just applying talent to fix buggy software or to meet the current and future consumer needs, but rather to offer alternatives that are necessary in the today’s world? That makes me think about speculative design, a design trend that I discovered leafing through M.I.T. literature and that focuses on questions over answers. By speculating, designers can re-invent, not only systems and artifacts, but also worlds. Instead of a problem-solving attitude, speculative designers embrace a ‘what-if’ approach, re-imagining different futures and not giving distopias for granted.

Energy can shape our future, for bad or for good. And energy has deep social implications. In the years from 2007 to 2015, the price of electricity increased in more than 60% for domestic users. During the same period, gross household disposable income only increased in 5%. As households need to dedicate more resources to pay for electricity, the term ‘energy poverty’ is now familiar in the political debate. In this context, a group of hackers came to the Open Urban Lab about half a year ago to propose a way to help people re-gain some of its electricity sovereignity lost as a consequence of an erratic government action and the crisis. In only six months of collaborative effort they’ve designed, built and tested a device called ‘Prometeo” (after the Greek titan that ‘stole the fire from the gods and gave it to the mortals’). They claim that the system ‘Prometeo’, an entirely open source project, can tell non-advanced users if their electricity contract is well dimensioned, reducing over-pricing. On the privacy side, the user has full control of the data that ‘Prometeo’ collects, as opposed with the largely deployed smart meters.

The next goal of the group of social dreamers that form the ‘Prometeo’ community is to install their system in vulnerable communities from an energy standpoint. At the lab, we will be actively seeking to link it with some of the social housing policies the city develops, confident on the idea that skills, hackers ethics and social dreaming could very well use a little push to change our city for good.