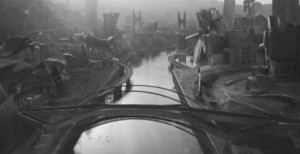 Western societies, especially in southern Europe, are facing a double crisis: on the one hand, an abrupt economic downturn that, as a consequence of the austerity agenda adopted by the European Union to fight it, has not only been technically aggravated, but has produced the collateral effect of undermining the confidence of the people in their institutions. This has led to a remarkable erosion of the legitimacy of otherwise solid public and private agents such as governments, politic parties, trade unions, banks, media, big companies, justice, etc.

This loss of legitimacy, alongside with the aforementioned economic and social problems, threatens the very foundations of our democracies and should be a primary concern for those who seek to renew our hibernated western societies to face the unstoppable challenges imposed by globalization, all without losing our identity of wide civil rights and strong democratic principles.

Cities are prepared and, in some extent they are already performing as such, to be a key actor in this double process of reconstructing our democracies and revitalizing our economies. We agree with Benjamin Barber when he asserts that cities, and the mayors that run them, offer the best new forces of good governance. Why cities? Cities already occupy the commanding heights of the global economy. They are home to more than half of the world’s population, a proportion which will continue to grow. They are the primary incubator of the cultural, social, and political innovations which shape our planet. And most importantly, they are unburdened with the issues of borders and sovereignty which hobble the capacity of nation-states to work with one another.

It is therefore no surprise that the European Union is beginning to approach cities to plan, design and define new policies to face the crisis. This is a completely new path whose symbolic value must not be minimized. Originally born as a pan-regional institution, the European Union has characterized by its strong support to regional policies and interests like mining, agriculture, fishing, etc. The enormous threat that globalization imposes on the European economies as a whole have led to the EU to turn to innovation as the only way in which the condition of economic growth (competitiveness) can be attained without unbearable social degradation. As Jane Jacobs cleverly explains, innovation, even towards the rural world, has historically blossomed in cities, and there is no reason to think that, in the most urbanized era of our history, it is going to happen otherwise.

Top urban thinkers such as Charles Landry realize that there is a major oportunity to recover the notion of the city-state, as opposed to the nation states, a logic consequence of the enormous value that cities provide to our societies, and their ability to sketch solutions for our most urgent concerns. If this is true, sooner than later the power relations between national governments and cities will have to be renegociated and re-balanced. In this re-balancing, cities should be empowered not only as a vehicle for policies’ implementation, but also as a ruling voice in crucial issues such as employment, fiscal policies, environment, energy, technology, health, education, infrastructures… and even diplomacy.

Next post: “How to face globalization (II): Cities innovating in politics.”

One thought on “How to face globalization (I): what can we expect from cities?”