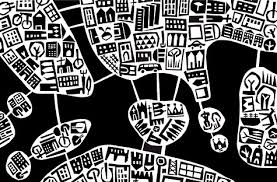 If people are given the power to decide and be part of the decision-making process, their mark is felt all around. The city of Zaragoza manages not only to aim for active citizen participation, but to actually reinvent itself with the help of its people.

How can municipalities realize their potential for innovation?

The potential for innovation in municipalities truly lies in cities and in the citizens. There is a lot of talent in cities, hence we, the city hall and the public servants, have to make sure that we can gather as much talent and ideas as we can and put it into these Smart City projects or into the innovation process. That is the main issue and the main challenge. The reason why this is not easy is because we are so used to planning the city with a top-down perspective and it requires a complete shift from Smart City project managers or from the public servants to change their perspective. We need to open up and be able to take into account the ideas of our citizens, the ideas of our local ecosystem.

What are the most valuable Smart City projects implemented in Zaragoza and what are the technologies used within the projects?

I don’t know if they are the most valuable, but I will speak about two projects which I think are quite relevant. First, our ecosystem for start-up incubators which was a direct response for one of our most acute problems which was unemployment, five years ago. Subsequently, we created this municipal ecosystem of four start-up incubators which were followed by other public incubators with the help of which we have been able to create a lot of wealth. About the technologies used, I can say that one of the incubators is also a low carbon or a zero emission building and we were able to implement all sorts of bioclimatic technologies within that building to make it consume zero energy. Another important Smart City project which has the potential to change the nature of citizenship is our citizen card project. Essentially, it is a RFID card, that is a basic technology upon which the project is built, which allows the delivery of twenty different services from bus, tramway, public libraries, public Wi-Fi, public bikes. Everything that you can think of in terms of public services can be carried out with it. Even theaters, swimming pools, these sort of things, are implemented within the card which we call “All in One Digital Key”.

What were the most valuable tools for citizen engagement you have used so far and why do you think they worked so well?

We created an innovation hub called “Etopia Centre for Arts and Technology” and we have a long record of online participation, online engagement, but we think that there is nothing like physical participation and we feel that people are willing to take part in what we call collaborative city making. This is the reason why we created this centre three years ago and inside the centre we created what we call the R&D laboratory of the city which is called “Open Urban Lab”. Within this lab we co-create and conduct open innovation sessions with entrepreneurs and citizens, people from the universities and municipal public servants. This way we try to integrate the participation of all stakeholders in the new definition of public services. It’s not a bottom-up approach, it’s a collaborative approach and I believe this is one of the most valuable tools that we have at the moment.

What is the role the city of Zaragoza plays at the national level?

We are referencing in some fields, Zaragoza is the fifth largest city and an important one in Spain, maybe not so well known at the international level, but we have a few aspects in which we are somehow a good reference.  One is open data, along with Barcelona we probably have the most advanced open data policy in Spanish city halls. Another thing to mention are the start-up incubation centres, in fact our model for municipal start-up incubators has been replicated in other cities. We are also referencing the citizen card, there are many cities asking us about the system or trying to implement similar models. Outside the field of technology we are also a reference in water consumption policies, we held the International Exhibition dedicated to water and sustainable development in 2008 before Shanghai and Milan. We managed very well to implement measures to save and reduce water consumption. I think we also reference in mobility, we are a city with more than 500.000 inhabitants with less traffic jams according to TomTom Traffic Index and this is because we conducted an aggressive policy for reducing and taking the cars out of the city. We implemented a combination of measures, a good policy to boost the use of public bikes and the use of bikes in general and hardcore measures to put the tramway at the very centre of the city. In some places they put the tramway outside the city, our tramway project goes right by the middle of the city taking out road lanes that were previously allocated for cars and this reduced enormously the number of cars in the city, then we have also taken a lot of measures to pedestrianize streets, especially in the city centre.

If you could name one thing that is at the core of every attempt to innovate, what would it be and why?

The driver for these changes and main character in this play is the citizen. We don’t just want to make good services for the citizens in the centre, but we want the new services in the city to be done together with the people and this is what we could call ‘engaging by doing’. Then there is a parallel set of projects that deals with fab labs and teach yourself initiatives that are very linked to this – so it is all about giving away power and the capacity to make things to the citizens.