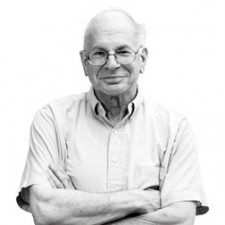 On Dec, 2th 2015 we spoke at the “Smart cities for smart businesses” event in Córdoba (Spain), where we presented some of our latest ideas on public policies for urban innovation: specifically, on advancing towards sharing agreements between the key urban players that allow to place urban big data at the service of building sustainable engines of social and economic value.

Unexpectedly, the afternoon debate sparked an intense discussion about what the city of Córdoba could do to speed up its transition to a knowledge-based economy. We were fortunate to witness an inspiring discussion between some of the innovation stakeholders of the city: universities, entrepeneurs, researchers and City Council on the assets and opportunities that lay ahead of Córdoba’s desire to seize a more innovative future. Our contribution was targeted at dismantling some of the false clichés that might slow or paralyze such a necessary process.

First, don’t ask the city council to lead the way, but to enable and join efforts with the talent community. The fact is that city councils finances are exhausted and they barely can deal with city operational needs. It is not a lack of political will, it is the reality drawn by years of crisis and declining human and financial resources.

But you sure can ask the city council to take risks, and here is why: organizations (and, especially, public institutions such as city councils) are risk averse, which is not surprising given that risk aversion is deeply rooted in our brains. As noted by nobel prize Daniel Kahneman there are many examples in which risk aversion manifests. Take a gamble in which we are given 200$ if we win or are taken 100$ if we lose. Under these circumstances, a rational choice would be to reject the gamble, since the prospect of losing 100$ is stronger than the prospect of winning 200$. Many of us would even reject the gamble even if probabilities, instead of being 50/50 are, say, 40/60. But the scenario changes if we are given twenty of these gambles. A rational person knows that, statistically, we would end up winning. However, neither people nor organizations tend to consider risk policies as a series of decisions along time; on the contrary, risk assessment focus on individual choices or operations. We have seen that if potential earnings are bigger than potential losses the rational strategy is to take the risks even in 50% gambles (which does not exclude adopting risk mitigation policies). In cases where the probabilities of winning are greater than 50% and the reward in case of earning is greater than the loss in case of failing, not adopting innovative policies may cost public institutions large amounts of tax dollars.

Therefore, risk taking public policies are economically rationale, while risk aversion is an expensive path to stagnation and decline.

Another recommendation: plans, in its traditional sense, are overrated. Waterfall methodologies of the type plan → design → implement → operate don’t cope well with the age of uncertainty we are living in and with a world in which global phenomena leave an immediate local footprint. So better to plan instead for flexibility, resilience, swiftness, or agility. Unfortunately, you will probably need a plan to apply for external funding sources. The minimum planning you need is a plan that sketches the creation of appropriate conditions for innovation and creativity to happen. Too much detail will only impose additional delay in starting the actual work, and might cause to lose non-foreseen opportunities.

But you definitely need to know about the importance of places. Of places open and diverse that gather innovators from different milieus: civic, scientific, entrepreneurial, artistic… Preferably in the urban soil where people can access walking, enter purposelessly and where unplanned encounters can happen. There are many examples of these places with many different names. We called them urban innovation hubs. In them, the unadapted are welcome. They can become trendy places that attract external talent but they, specially, should focus on nurturing local talent. Their governance layer should be thin and should encourage risk taking attitudes in their constituents. As game theory predicts, that risk taking characteristic is what will make them, in the long run, an economic engine.