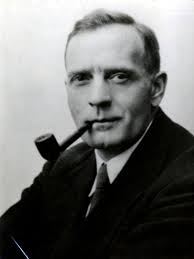 ‘Equipped with his five senses, man explores the universe around him and calls the adventure Science’

Cities are one of the most complex ecosystems in nature, one of the closest to us, humans, and one of the least understood. The different urban disciplines (architecture, urban planning, social sciences, traffic engineering, telecommunications, urban economics…) have been traditionally devoted to study the city as a collection of either physical objects or human livings.

It was Jane Jacobs who first pointed out the misalignments derived from the ‘narrowness’ of these approach, providing a broader understanding of the relationships that govern the mutual feedback between humans and objects in cities. A public space entomologist like Jan Gehl followed and performed sound observations about interactions between people and ‘physicalities in cities’. Gehl’s empirical discovery ‘first life, then spaces, then buildings’ anticipates the thought that places are a result of interactions, and not the opposite. Manuel Castells introduced the concept of flows as a governing phenomena to study thoroughly for a better understanding of cities. His influential socio-economic perspective of the city-verse as a ‘space of flows’ is at the basis of the new science of cities that contemporary pioneers like the geographer Michael Batty is trying to build.

We sustain that this new comprehensive science of cities is beginning to be constructed, in parallel to the growing perception that the solution to most acute problems of our age are to be sought in the urban context. As is shown in an interesting report from Anthony Townsend, new urban studies are launched globally, applying interdisciplinary research to the question of cities.

Scientific progress is coming from unexpected directions. Mathematics, biology, and astrophysics promise to bring new theoretical tools to advance in how cities work. Social networks, Internet of Things, and big data are sending much of the information about flows between humans and between humans and objects at local and distant scales. But, in screening the universe of cities, our observation artifacts are maybe too narrow and rudimentary. By looking at individual data sources separately, we are clearly trying to unveil urban mysteries through narrow lenses. We are still on the pre-Hubble phase.

A deep understanding of urban flows, and thus, a more significant progress in the construction of the new science of cities needs systems that can cross-examine the vast amount of information produced in cities through the broad lenses of interdisciplinary and collaborative work. This system needs to work in a close relationship with the city itself. Fog, clouds and atmospheric pollution do not allow an optimal observation of our universe. Stars are better observed from space. Cities are better observed from cities.

Although some powerful telescopes are being built in Universities and Urban innovation centers, the Hubble of cities still waits to be designed.