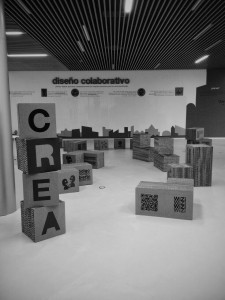 At the beginning of this series we treated the subject of how a new politics is blossoming in cities in response to the “austerity years”. We discussed afterwards some of the traits of globalization, such as technification or the deep changes on the labor market, and what effects those traits can have on our societies. We have also outlined some strategies that cities may have to turn those challenges into local opportunities, such as nurturing local talent, or re-industrializing cities through urban manufacturing and “makers”. Let’s close the loop by talking about open source cities.

Richard Sennett has made a significant contribution to the link between craftsmanship and citizenship. It is by means of the activities of recycling, repairing and reconfiguring, that people can seize objects, master technologies and, ultimately, innovate upon. It is certainly the open source nature of things and processes that binds this re-appropriation to an enhanced, new civic participation.

A new paradigm of civic participation can be achieved if institutions were able to engage people in city making. Narrowing the divide between people and institutions is something that concerns everyone of us, a priority as important as making our societies more cohesive, inclusive and economically vibrant. Again, the double challenge of “jobs and democracy”. However, in order to effectively engage people in shaping city services and places, we must make sure that they perceive some value in exchange. There are many tools that help communities and individuals perceive value through innovation and, at the same time, provide value to the city and enhance its social, public and economic life. The common trait we want to highlight about these tools is their open source nature. Whether it’s software/apps, hardware, data, networks, processes or buildings, the open source characteristic lowers the barriers to participation (accessibility), makes the tools understandable, allows reconfiguration and, ultimately, binds the success of the projects to the community of users and contributors.

Although still at a low scale, cities and companies are starting to perceive also the value that these exchanges provide, making open innovation a two way process. As Ronan Paddison puts it when describing civic processes of urban renewal projects, community participation, not only proves to be mutually beneficial to the community and the city council in terms of legitimacy, but as a bonus, it leads to a better product. The same holds true for open innovation processes. Therefore, openness is a characteristic that may lead to win-win situations in city making processes, lowering access barriers and allowing citizens, institutions and companies to actually engage in cooperation innovative processes that may ultimately lead to increase local competitiveness.

The “Art of city making” as Charles Landry beautifully puts it, may no longer be a top-down activity like in poorly democratic societies, neither the result of frustrating grass root processes. In order to seize the full potential that cities have in terms of new ideas for politics and economics, “open” cooperation environments between the different agents must be constructed and fueled.

Open source cities, by encouraging these new enhanced participation processes, by fostering open innovation in new “civic laboratories”, by strengthening local economy promoting the creation and growing of new start-ups, by engaging corporations, universities and R&D centers in mutually fruitful arrangements, by promoting the creativity and entrepreneurial cultural shift in education, will be hopefully capable of tackling the problem of competitiveness without a price penalty in social cohesion and democracy. On the contrary, both might be reinforced during the journey.

The quest for “The Place To Be”

Peter Hall was an urbanist that sought to decipher, along his prolific career, the traits that turn, at one precise point in history, some of our cities into “The Place To Be”. Alexandria, Florence, Paris, London, Berlin, New York… each at its own time, managed to host a unique combination of talent, capital and ideas that pushed innovation and arts to flourish. Today, in a shrinking world, many capitals can fulfill that role simultaneously. In them, technification and globalization will give birth to a whole new set of skills and jobs, many of them linked to new services and new technologies. Amongst those many new professions, two are of special interest in this urban era, where the economy and the environment will ultimately depend on the ability of new cities to be green and lean: “city makers” and “city scientists”.

The job of current city makers may consist in favoring that those “places-to-be” are in the part of the globe where democracy is stronger, where wealth is more equally distributed and where environment is considered our most valuable asset.

In turn, future city scientists face the far more challenging task of helping to spread green, human-centered approaches to the rapidly growing cities of Asia, Latin America and Africa. A task that will have many burdens and obstacles, but which will benefit from the demands of a growing middle class that will not ask for more civil rights and will not likely put up with running on their lives and their families’ in a (social and environmental) rotten millieu.

One thought on “How to face globalization (final). Open source cities”