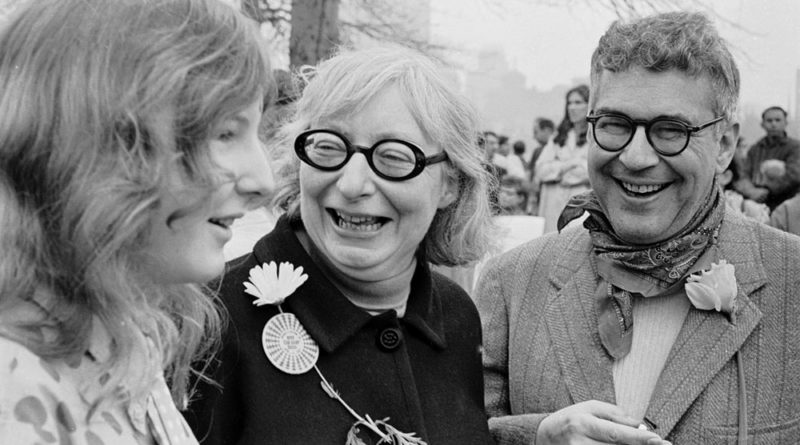 This masterpiece from Jane Jacobs, “The Death and Life of Great American Cities”, published in 1961, still remains a surprising source of ideas covering a multitude of aspects that guide life in cities: the economy, security, habitat, traffic, governance, planning, participation…

It’s been 104 years since the birth of Jane Jacobs, whose relevance has grown in importance alongside our interest in cities – one of mankind’s great inventions. You can take a look here at Jacobs’s biography. She was an urban planning revolutionary – one who cherished and understood cities like few others did in her time.

Jane Jacobs didn’t have any academic qualifications. Instead, she moved to New York and graduated in “civic resistance” taking on New York council’s head of urban planning, Robert Moses, to prevent the automobile from destroying one of The Big Apple’s most emblematic parks: Washington Square.

Even though Jane Jacobs’s “The Death and Life…” is the most well-known book published by this urban thinker, her book from a decade later: “The Economy of Cities” was another milestone. In it, she laid out some of the basic urban economic development policies still used today. Both books are essential additions to the briefcase of any self-respecting city enthusiast, key reading material on their journey through a universe of increasingly dense and complex urban knowledge.

From the Details to the Bigger Picture

Initially, Jane Jacobs’s “The Death and Life…” looks at how cities work on a microscopic level. From these details, it then extracts lessons to apply to broader urban planning. For example, she notes that small shops and businesses, chance meetings on sidewalks, and windows close to street level act as guarantors of security in streets and squares. Little details that can achieve big aims. She advocates for making urban spaces more child-friendly, decades before initiatives like “La Città dei Bambini”. She also uncovers fallacies like the “commonsense” demand for parks, unravelling the conditions that need to be met if a park is to add to quality of life, rather than a threat to neighbourhood security.

In the second part of “The Death and Life…”, Jacobs tells us how the only guarantee of success for our cities and neighbourhoods is to promote mixed-use zoning. Mixing primary uses: offices, housing, culture, leisure, parks… is the key to a neighbourhood teeming with life. In addition, she advocates for densification, an idea which has recently come back into fashion, even though it’s still taboo in some cities and may be threatened by social distance’s measures after Covid-19.

She explains how neighbourhoods with low population density fail to provide a means for small businesses to flourish. Without these small stores, sidewalks become deserted, and subsequently neighbourhoods become unsafe. Then, the quality of life for its inhabitants is diminished, as they perpetually travel from their homes to their cars and vice-versa.

In the third part of “Death and Life…” Jacobs talks of the factors that destroy diversity (and life) in the city. Urban scars: railway lines, highways at different levels, parks that offer no welcome to the passer-by, neglected riverbanks, industrial docks… these “hard borders” can be lethal in severing pedestrian routes between neighbourhoods, leaving the surroundings in a state of languishing economic development.

The fourth part of the book, titled “Different Tactics”, contains a reflection on assisted housing policies – likely to come as a shock for those who create policies these days. Jacobs explains that the ‘fundamental sin’ of many people is not being able to purchase decent housing. For this reason, people are pushed to the outskirts of the city, and are segregated in entire neighbourhoods of undifferentiated, uniform subsidized housing. To make matters worse, the city centre loses the citizens willing to redevelop ageing buildings. It’s a lose-lose situation for everyone, whereas if this capital were to be invested in renovating the city centre, it would be win-win.

In this final, priceless part of the book, Jacobs looks at mobility policies (bear in mind this book was written at the end of the 50s!) The leading school of thought in traffic engineering assumed that the number of vehicles in a city is fixed, but Jane Jacobs states that using a car is the result of an evaluation of the transport options by each person for every situation. If other means of transport are promoted (cycling, public transport, walking) and car travel made less convenient (through widening sidewalks, lowering speed limits, restricting parking spaces), then the number of cars will decrease, and with it traffic congestion. Common sense? Just take a look around and you’ll soon realise that most people don’t understand this well today.

Innovation and Governance of Places

To wrap up, Jane Jacobs’s “Death and Life…” talks about governance. She proposes that the number of impermeable vertical structures be minimised, and replaced by horizontal structures in areas which are in keeping with the surrounding environment. We have spoken in some other posts about ‘place-making’, and Jacobs talks of the ‘place’ as the governing factor for action. By understanding the terrain in an integral way, one understands the fragile equilibrium needed to make it work. For this reason, we recommend the reader take a peek through the window of another great urban planner and observer: Jan Gehl, who’s work “How To Study Public Life” elegantly adds to Jane Jacobs’s view on the steps to be taken to make a better public space.

The book opens both minds and eyes, as when we now look at cities, we can pinpoint the minuscule failures and successes which didn’t previously get our attention. Yet importantly, these little details are what add up to determine the success or failure of a city. And if not, we invite the reader to look at Jacobs’s predictions for Detroit, and see how visionary she was.

One final note: The problems which Jacobs detected in cities like New York and Detroit in the ‘50s and ‘60s are still prevalent in the digital era. It is precisely her “other city”, Toronto, which has now become the battlefield for the physical and digital rights to a city, with Google now playing Robert Moses’s role. Nevertheless, innovation can still take place in the modern day without falling into hands of the all-powerful tech multinationals. In this guide for practical urban innovation, we give some ideas for how to go about this (free download).