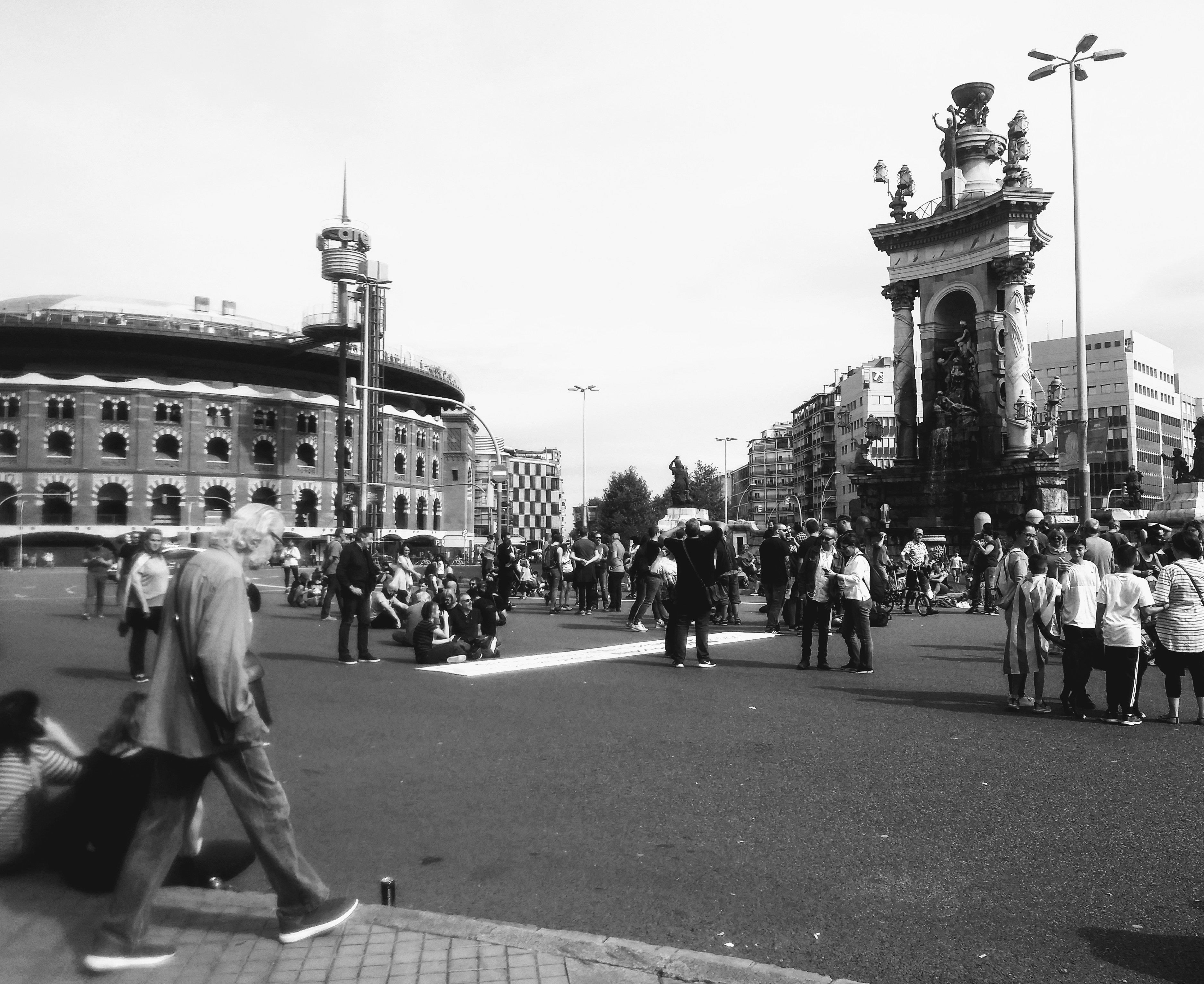 Charlas / Talks English Innovation Innovation Districts Jane Jacobs Manuel Castells
11/13/201905/22/2020 Daniel Sarasa
This week, I travelled to the Barcelona Real Estate Exhibition to take part in a session on the current status of innovation districts; the laudable urban concept which originated in the late 90s. My presentation was to take place on Friday 18th of October, the day of the General Strike. A wise friend of mine from Barcelona therefore recommended I take abundant reading matter for the trip, in case of long delays on trains and in stations. I was headed to the Catalan capital – a flagship of urban innovation – to share ideas on innovation districts, such a clear example of global knowledge flows. As my travelling companion, then, I chose Professor Manuel Castells’s “Space of Flows” (the latest volume of his key work “The Network Society”).

As the pro-secession strike meant an empty carriage from Madrid to Barcelona, I was able to immerse myself in the understanding of what Castells describes as the “informational society”. All the while, an idea that’s been on my mind for some time now kept nagging me: How can we visualize urban flow, and what, if any, physical manifestation does it have in a city? The journey of water inside a hosepipe is dull and shielded from view until it emerges from the nozzle to spray over our garden or put out a fire. Similarly, the transmission of bytes via information superhighways barely leaves a trace on the surface. It is only when these bytes mix with others, change direction, are encapsulated and decapsulated during communication protocols, that superstructures for information exchange, known as neutral nodes, begin to appear. In the vicinity of these communication hotspots new business flourishes, and one of the many failures of our innovation district (the area of Zaragoza formerly referred to as the Digital Mile) is the inability to build such a neutral node in its privileged position by one of the main fibre-optic arteries in the country.

In contrast, The Digital Mile has experienced the establishment of a large (and cold) AVE High Speed Rail station. Such stations are a type of secondary neutral nodes (the primary type being airports) for the vast network of human flows. For this reason, mayors all over Spain have spent decades battling for their own high speed rail station. Many of them may not have read Castells, but they know that a high-speed rail link that bypasses their city won’t bring any benefits at all.

Consequently, as Castells reasoned, it is at these very nodes where that architecture of “the end of time” appears, a symbol of postmodernity detached from both cultural and historical references. Castells describes this with reference to the High Speed Rail station in Madrid and Barcelona airport – the work of Rafael Moneo and Ricardo Bofill. And I just can’t help thinking about the great influence of Spanish high speed railway stations on the intellectual journey of Castells, accompanied by his friend Sir Peter Hall (a train-loving geographer), around the globalized territory of innovation. Appropriately, their 1992 book “Technopoles of the World” was financed by the Seville Expo, thus funded by the first Spanish city to have had a HSR connection.

The title of this article offers a juxtaposition to Katz and Wagner’s 2014 “The Rise of Urban Innovation Districts” – the largest taxonomy I’ve seen of this Town Planning phenomenon. I like to think of the innovation districts planned at the end of the 20th century or start of the 21st as an improvement over the science and tech parks of the 60s, 70s and 80s, which provided so many white collar jobs on both sides of the Atlantic. It is evident that life in the urban neighbourhoods is richer and more sustainable than that of suburbia. Most innovation districts flee from this sterile environment. Yet for all their advantages in terms of sustainability and urban experience over tech parks, innovation districts don’t represent the ultimate balance between economic and urban development. My colleague at the presentation in Barcelona was Oriol Estela, from the offices of the Barcelona Metropolitan Strategic Plan. He acknowledges that whilst Barcelona’s 22@ district certainly had a significant economic influence, the data shows that the innovative potential of older barrios like Eixample have been underestimated. The two Jacobs (Jane and Allan) would be delighted to see their theories confirmed – that streets and neighbourhoods designed with the human factor in mind are the best breeding grounds for economic activity.

The innovation districts planned in the last few decades nearly always suffer from a problem of legitimacy. In that sense, they are the expression of a contrast between the global, cosmopolitan nature (in the words of Castells) of the elite which drive them forward, and the nature of the locals where they’re built. A clash that was evident at Media City, UK (the former docks at Salford Quays, transformed into the BBC’s biggest production centre) when the local reporters caught wind of the gap between promised and real employment figures. There is also a direct effect on the cost of land. When institutions plan an innovation district, a message is sent loud and clear to the real estate market: prices are on their way up. And then there is Toronto Quayside, the planned innovation district led by Google’s real estate arm (Sidewalk Labs). Yet the Toronto locals have pushed back against a dystopian future, where our data might be used for Google’s Artificial intelligence algorithms.

Innovation Districts are perhaps the most visible physical manifestation of global innovation flows. Yet, as previously mentioned, we don’t believe this to be the final destination. We believe that if we’re to avoid perverse effects, town planning policies that promote economic development need to be decentralized – this can be brought about by various means, both natural and institutional. As I stated in my presentation at the exhibition, Barcelona’s project to roll out FabLabs to the districts hints at the path to be followed. The French Capital’s “Reinvent Paris” concept also gives us a glimpse of the future. The city has selected 23 urban enclaves in need of renovation dotted around the city, and buildings ranging from old public baths to a former police headquarters are to be renovated using ideas from all over the planet.

I think of all this on the train back home, as I write up the ideas I have jotted down in my disorganised notes that will form the basis of this article. The high-speed train is packed with people chatting in Catalan. It will drop me at Zaragoza before continuing its trajectory to Madrid. The flows. The identities.

Article published under a Creative Commons license. Some rights reserved.