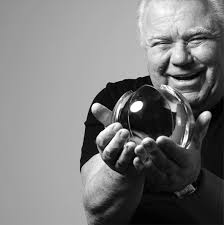 Jaime Lerner, architect, planner and former mayor of Curitiba (Brazil), coined the term urban acupuncture to define the planning and execution of small urban interventions capable of healing the complex organism that a city is.

If it is true that we live the era of cities, then mayors will be more influential in the coming years in the global governance arena. The combined success of cities and political influence of mayors reflect the fact that cities, nowadays, are an engine of economic growth and source opportunities to contribute to the solution of a great portion of the problems that challenge our societies.

Well planned and managed, cities can guarantee development, environmental sustainability, social cohesion and democratic improvement. The critical mass of talent, capital and people that a city holds is a unique combination that countries can not afford to waste. In the era of globalization and technification, cities are becoming world global players, an extended, internet version of the ancient greek “polis”. Polis 2.0.

Widely accepted as incubators of technological innovation (already in 1969 Jane Jacobs explained how innovation blossomed in cities, even towards the rural world!), nowadays cities are starting to appear as the incubators of democratic innovation: open data, transparency, open place making, and a new urban activism are pushing our system towards new paths. Local politics offers closeness and pragmatism, whereas federal politics appears distant and ideology-biased. As Benjamin Barber puts it: ‘there is not a right wing or left wing way to fix a sewer.’ In our continent, the European Union, a region-oriented by nature institution, is beginning to counti on cities to move forward, being Horizon 2020 innovation program a good example of this change in strategy.

Horizon 2020 innovation program specifically asks cities to have a horizontal, smart strategy for year 2020. Today we know that London is the capital of finance, that Barcelona is the mobile capital, that Amsterdam wants to be recognized by its open innovation capabilities or that Medellin is on its path to leave behind a tough past of drugs and conflicts.

Europe has also asked specifically regions to establish “Smart specialization strategies” for year 2020. Paradoxically, nobody is aware of the strategy that Europe has set as a global actor. And from the side of the member states, no great news about national strategies either, beyond austerity. We are still waiting for an official report explaining what we as countries want to be in the future. An urgent matter, since the absence of it coexists with an awkward relationship between cities and countries. The pursue of “smartness” and competitiveness by cities is finding serious obstacles on the part of countries. In Spain, for instance, cities deal with the burden of an evident regulatory chaos in the electric market and, specifically, in the renewables energy sector, cities face with an arguably policy in liberalization of telecommunications (Spain is one of the last countries in broadband access), and cities struggle with non-deserved restrictions to debt. If we account for the percentage of deficit and debt in the hands of municipalities as compared with other administrations, cities are the more austere and well behaved institutions. They left behing red figures three years ago, according to commonly accepted Eurostat statistics.

Another brilliant statement from Jaime Lerner is that “cities are the solution, and not the problem”. So acting on cities is a smart strategy to help heal the world from some of its most acute threats. In a mental pirouette, it would be like scaling the term urban acupuncture into global acupuncture, acting on specific spots of the globe (cities), to heal the planet from illnesses such as poverty, unsustainability, violence… Instead, states are reversing this line of thought and imposing on cities harder restrictions and barriers. It is what Benjamin Barber calls “raising cities, disfunctional states”. Or, what common sense would define as a gigantic missed opportunity.

2 thoughts on “Your mayor for president (2/3). If mayors ruled the world”